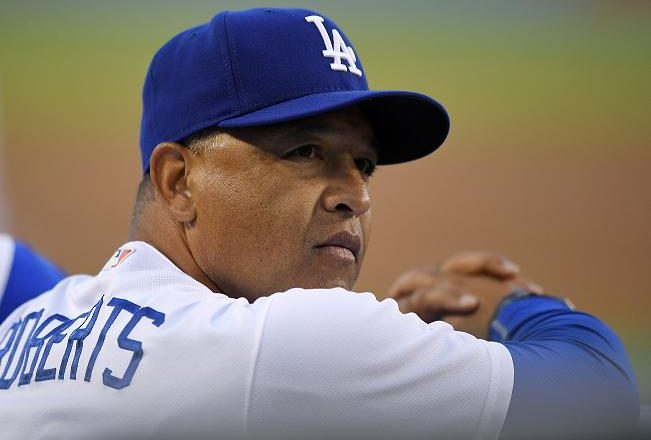 The Mookie Betts trade rumors are back in full force. Reports are indicating that the two sides have reengaged discussions on a deal that could send Betts and possibly starting pitcher David Price to the Dodgers. According to the reports the Padres are also involved as well. Apparently the Red Sox are trying to move Betts before spring training camps break in a couple of weeks.

My opinion on the topic remains the same. I’ll believe it when I see it. If the Dodgers were to pull the trigger and acquire Betts, I would gladly eat some crow. Betts is a fantastic player, one of the best in baseball and well worth parting with prospects and or cash. The Dodgers have the money and the prospects to make this happen. The Padres have the prospects but don’t have the cash resources the Dodgers do. Imagine if the Padres were to strike a deal, and how belligerent Dodger fans would be. I would be too.

Boston’s motives seem a bit strange to me. They just recently came to an agreement with Betts through arbitration on a one-year 27 million dollar contract. Betts is a free agent after the 2020 season but it seems odd that the Red Sox would not try to retain their franchise hitter. After all the Red Sox are one of the richest teams in Baseball. If the Red Sox are claiming not to be able to afford to resign Betts next winter, then what teams could? Boston is one of the top 5 payroll clubs in baseball. Perhaps the Dodgers and Yankees have higher payrolls and larger revenues, but I can’t think of any other teams that do.

According to reports Boston is trying to reduce payroll. This still seems weird to me. Again considering they are one of the wealthiest teams in MLB. You would think that they would want to keep their best player. Dumping Betts would reset their payroll and clear salary space but it would make them considerably less competitive. If they are trying to get back to the postseason and stay current with the Yankees in the AL East, this is not a good way to do it.

Yet the Red Sox are also trying to dump Price’s contract. The Dodgers would have to eat some of that if they wanted to acquire Betts. Again this is Andrew Friedman. When was the last time anyone saw Friedman make a trade that increased payroll? Never is the answer.

If the Dodgers are unwilling to take on a good portion of Price’s contract and part with a few prospects then I don’t see this deal coming together. You would think that Boston would also want two or three of the Dodger’s prized young prospects. Perhaps players like Dustin May, Josiah Gray, or Alex Verdugo have been floated around in talks. Friedman has traded prospects in the past but not high ceiling or organizational prospects like any of those guys. Especially ones that fit so importantly in the Dodger’s 2020 plans.

Perhaps a deal ends up happening and I have to answer a lot of questions from readers calling me out for doubting Friedman. I would gladly do this if that meant the Dodgers picked up Betts. He’s primarily a right fielder so that could mean Cody Bellinger spends most of 2020 in center and A.J. Pollock shifts permanently to left. Hey whatever, I am good with that. I have no problem admitting I was wrong. Just make the deal happen or stop with these lame rumors.

45 thoughts on “The Mookie Betts Rumors Are Back”